My goal of committing to a word a day in January was a success! But I don’t want to stop. It was a fantastic experience of intentional daily reflection. Still, a word a day was a bit aggressive. I’m going to do a word a week.

Sprinkled with some online dating facepalms.

Because honestly. I need to be the change I want to see in this digital love circus.

Yeah. Sit on that for a minute. 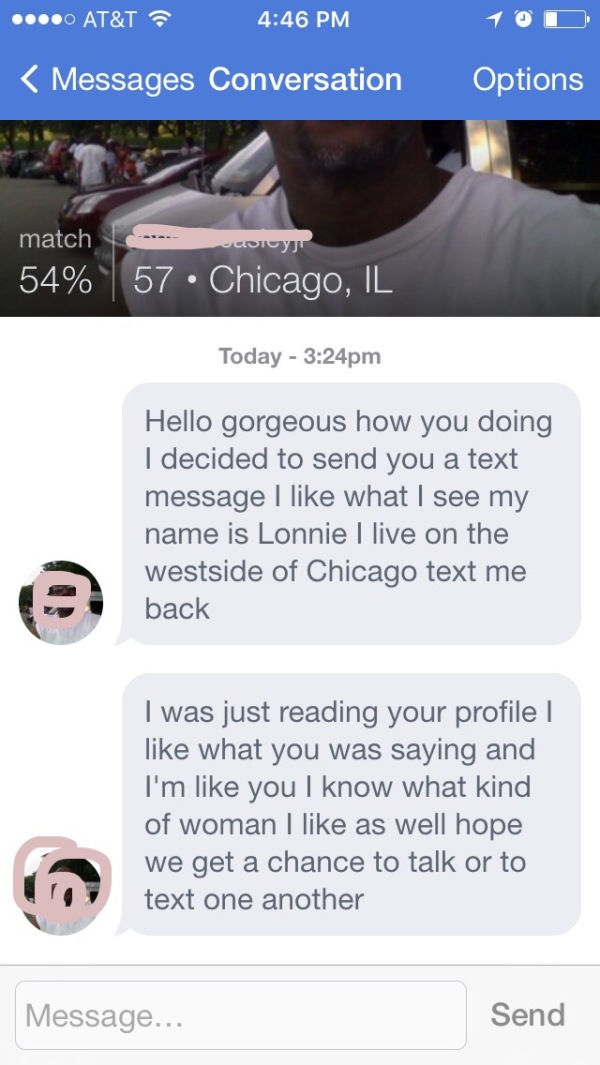 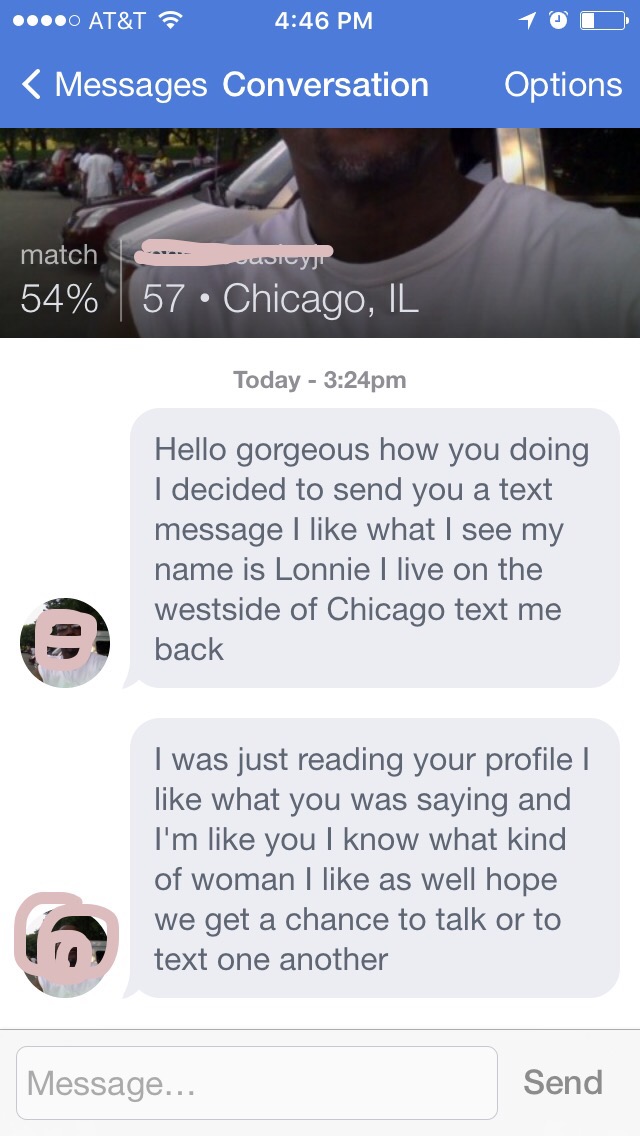 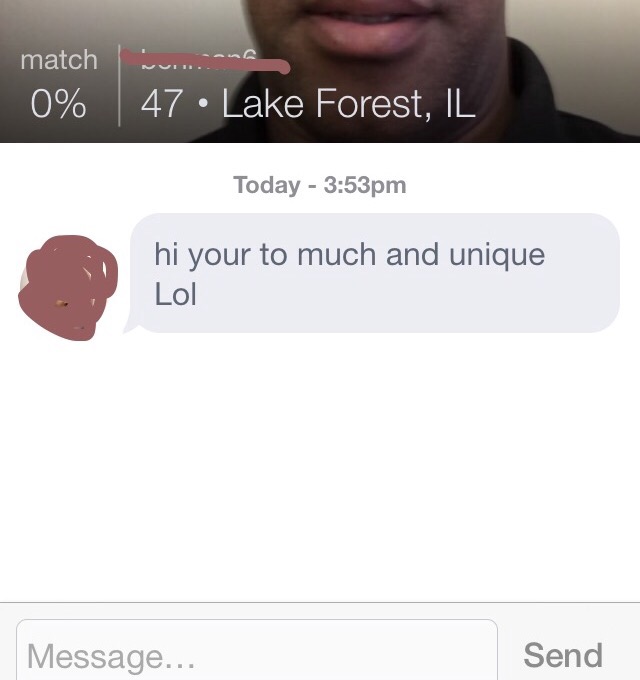 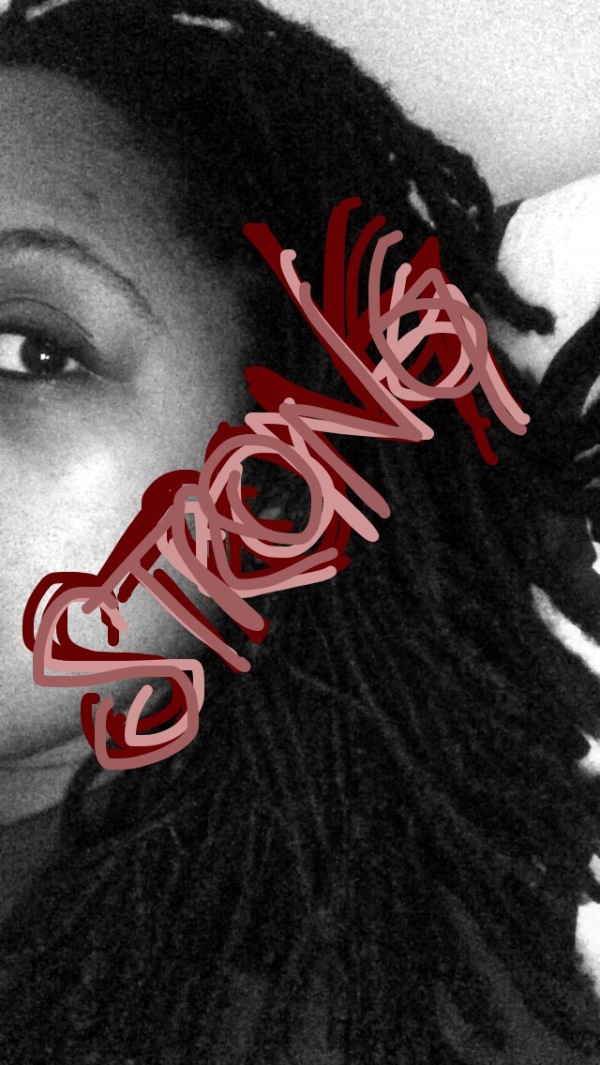 Last night a dear friend and I dined and caught up. As I vulnerably told her about my /failed/ marriage and my /semi/ functional family, she asked, “Octavia. Are you alone?”

I paused. I chuckled.

“You have the weight of the wor–how do you come skipping into church every week!?”

And yes, I do skip. And hop. And laugh. And smile.

I do have a lot to process. And I do feel like crumbling most days. But I don’t crumble. I’m strong. And I surprise myself how much everyday. 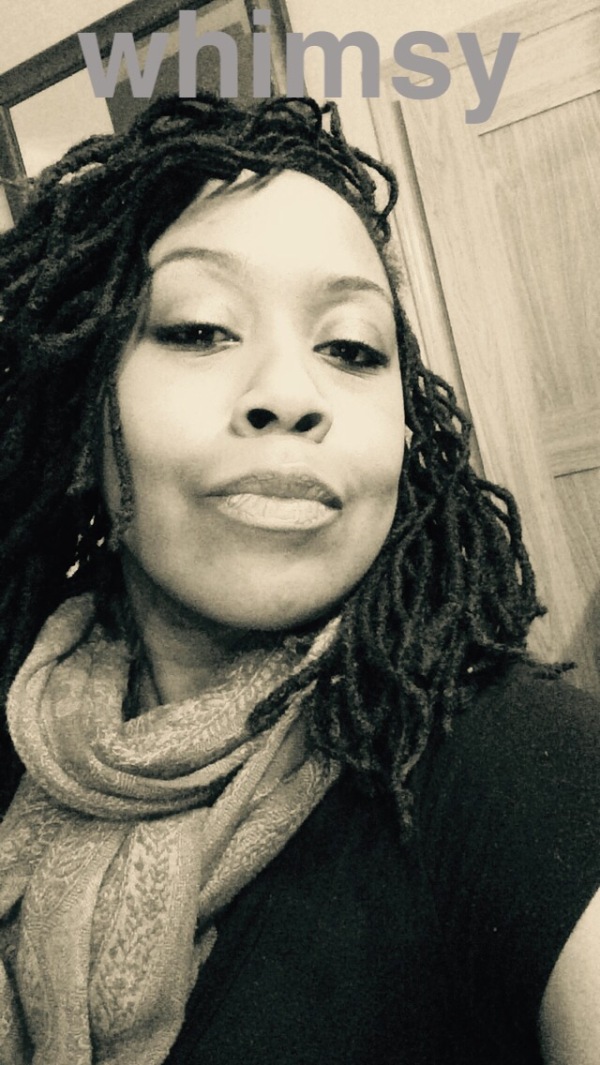 “the film is an awkward blend of whimsy and moralizing”

a thing that is fanciful or odd.

“the stone carvings and whimsies” 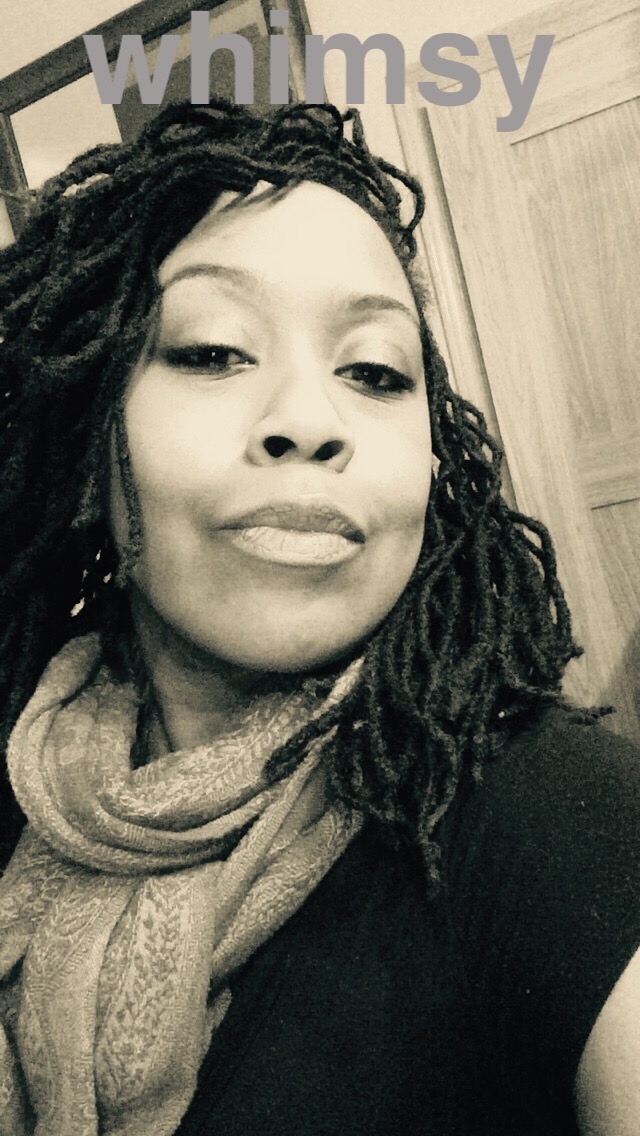 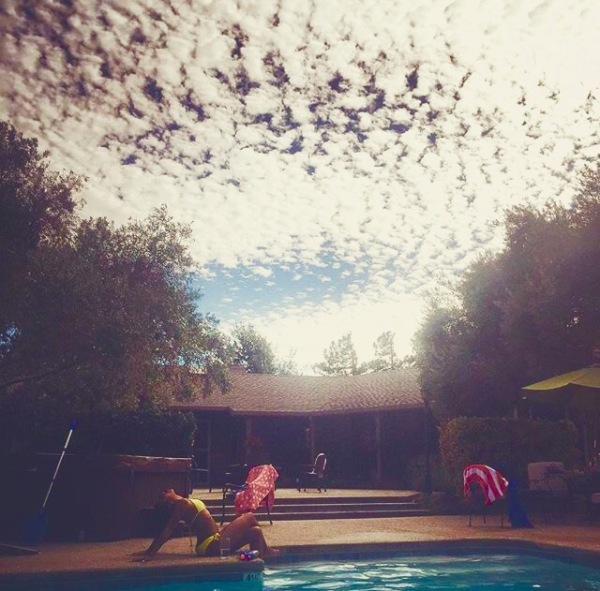 Part of my Road to Relovery includes accepting myself – every part of myself – spiritually, mentally, emotionally, and the hardest one, physically.
I’ve been shamed and teased about my body shape and even coached on how to hide the curves and how to learn to walk or sit or dress differnently so that I look “normal.”

Now I’m at a place where I don’t need external validation because I’ve validated myself.

A Big Butt Is A Healthy Butt: Women With Big Butts Are Smarter And Healthier – ELITE DAILY

Sometimes it just feels so good when science tells you it’s all good.

check or prove the validity or accuracy of (something).

“these estimates have been validated by periodic surveys”

demonstrate or support the truth or value of.

“in a healthy family a child’s feelings are validated”

“250 certificates need to be validated” 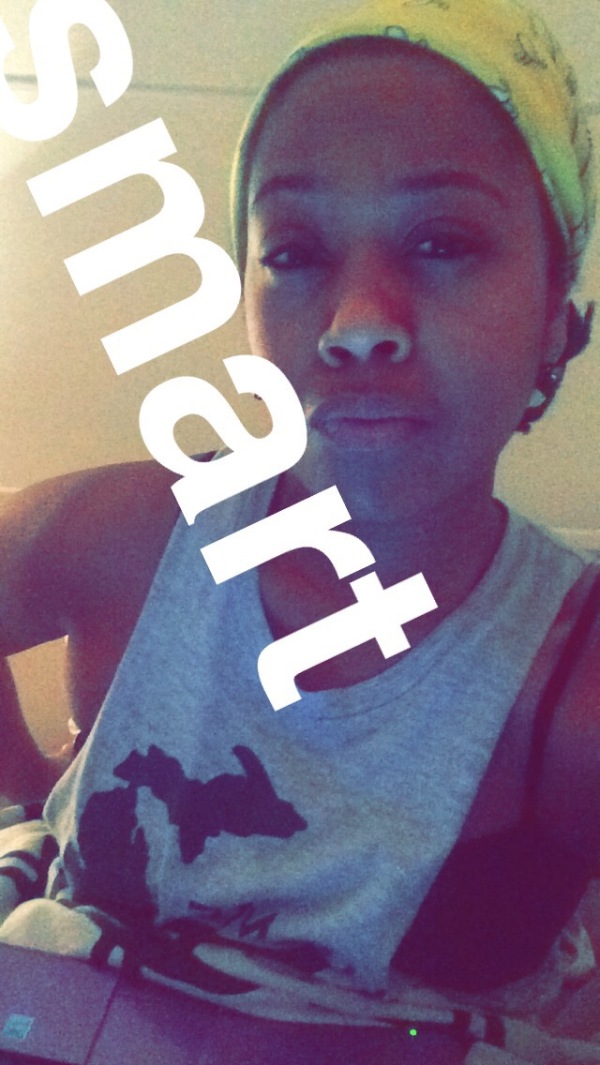 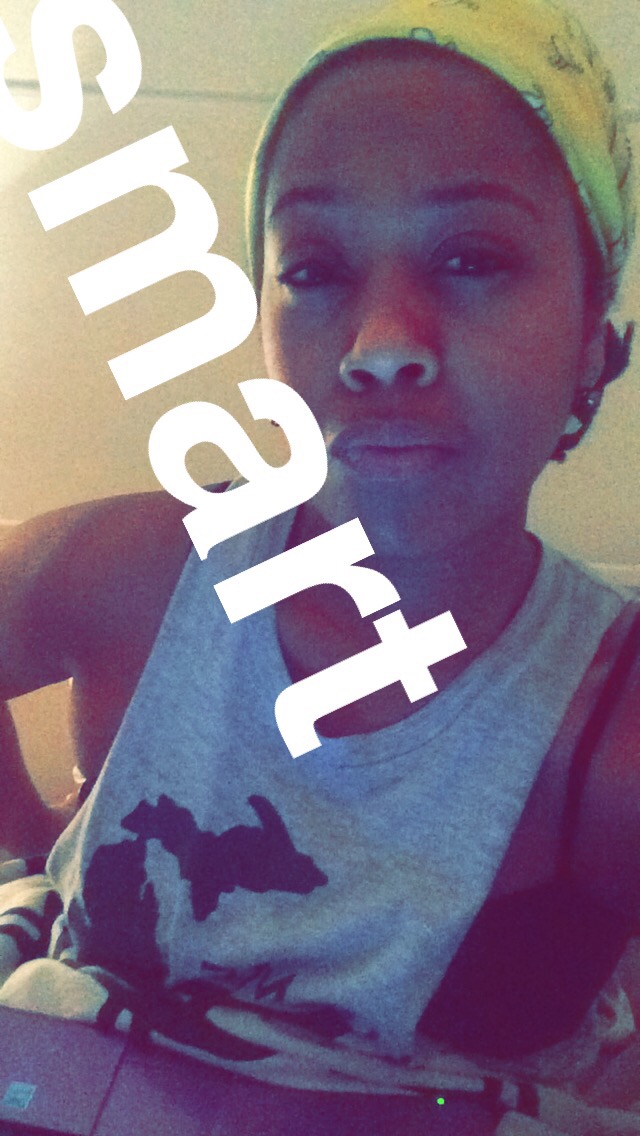 <<This is Octavia. Octavia can learn from her mistakes. Octavia doesn’t trust people that keep…messing up her happy vibe. Octavia can adapt. Octavia is smart. Be like Octavia.>>

What’s that saying about insanity being doing the same thing over and over and expecting a different result?

That sounds awful. It’s like me going to the ATM over and over and expecting money will actually come out next time.

I remember having my mind blown in a psych class when our text broke down behavior and the ability to learn. Isn’t it amazing how quickly someone of sound mind can adapt? We’re not dumb!

You reach for that bright pretty warm thing and get burned. That hurt. Owie.  I know you bet not grab a flame again! Even animals know this. They -we- are smart; we will remember the pain and never make that mistake twice. We are not insane; we don’t keep grabbing the fire until the fire stops being fire. We have memories.

My friend shared this and it hit me in my word-feels. So I had to share it.

There’s A Hole In My Sidewalk

It isn’t my fault.

It takes forever to find a way out.

I pretend I don’t see it.

I fall in again.

I can’t believe I’m in the same place.

But it isn’t my fault.

It still takes a long time to get out.

I see it is there.

My eyes are open.

I know where I am.

It is my fault.

I get out immediately.

I walk around it.

(5) I walk down another street.

And I had to share smart. Because I’m on a different path now. I’m never falling in that same hole again. And I’ll never fall in the same (differnent)hole more than once!

Hope you find your smart today and take a different street. 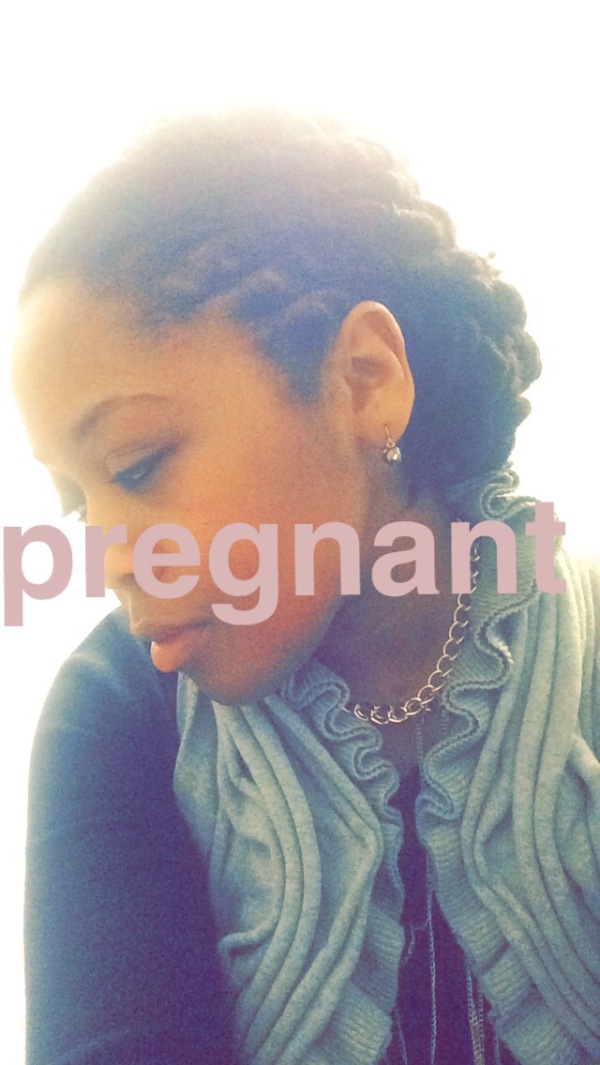 NO IM NOT HAVING A BABY!

I HAVE NOT BEEN FERTILIZED. I just like the word. Sit down. Catch your breath. No. No child.

(Although truth be told if my life partner ever gets his reality together and realizes I’m his everything he ever wanted and he is ready to chose to love me unconditionally forever, I could TOTALLY have two more babies! But no, not today. Because he isn’t ready for me yet. I also don’t know who he is.)

(of a woman or female animal) having a child or young developing in the uterus.

full of meaning; significant or suggestive.

synonyms: full of, filled with, charged with, heavy with, fraught with, replete with, rich in, abounding in…

This word was with me all day today but I waited until the end of the day for three specific reasons:

1. I fell asleep in a pile of laundry on my couch watching the new X Files last night. Truth. Body said, “nope.”

2. I woke up at 3am and feverishly tried to get myself together for a hectic Monday. Body was like, “eh ok, that was a good nap.”

3. Less time for you YES YOU to freak out and think I’m actually having someone’s child. I’ll be on Tuesday’s word before you get that far…ideally.

But yes. I’ve felt “pregnant” all day today. Again not physically – #beentheredonethat – but pregnant as like a pause…full, heavy, expecting…

I have creative “babies” within my spirit. They are incubating. Little fetuses of passions, thoughts, ideas, goals, dreams, callings, that are aching to be born. I feel like I’m in a metaphysical 39th week of gestation and I just need to pop these suckers out.

But I will wait. Because they will be birthed when they are ready. Ripe. Full term. And so for now I am simply…pregnant. With fulfilled dreams. 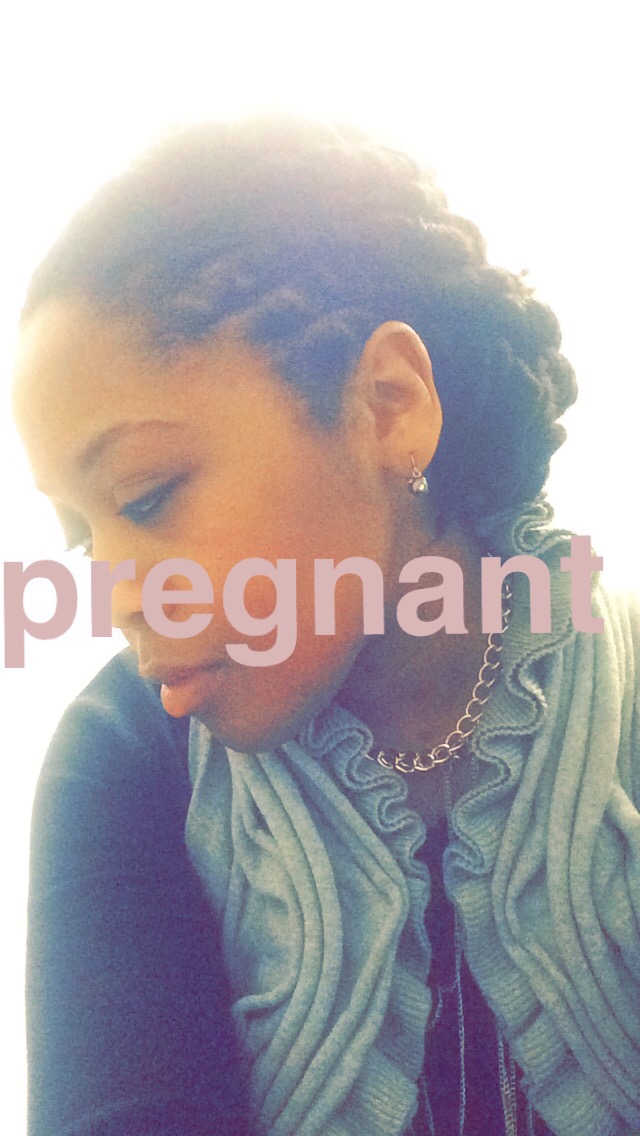 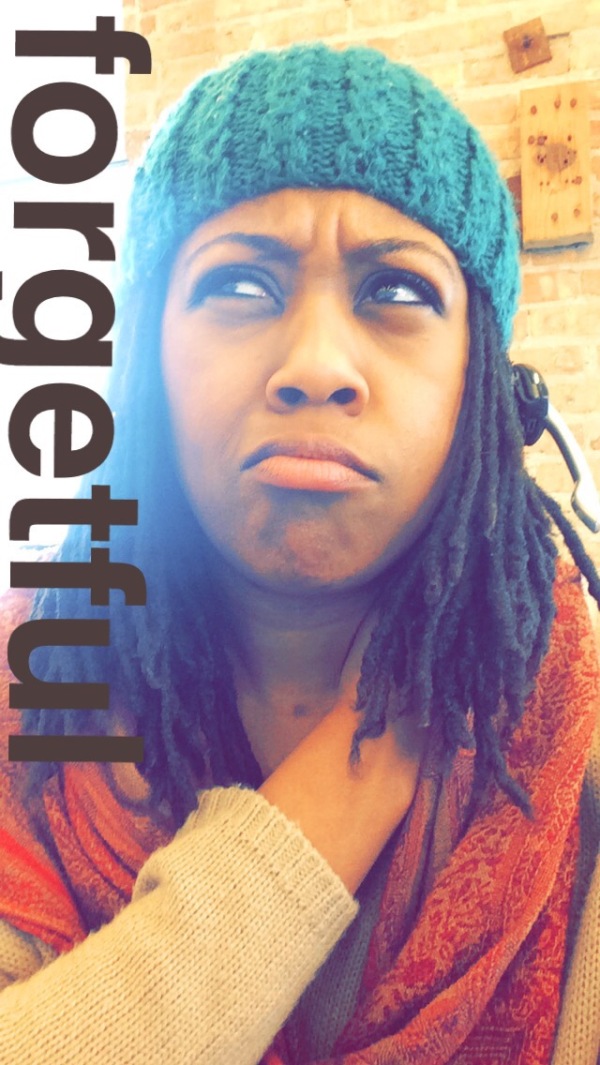 apt or likely not to remember.

“I’m a bit forgetful these days”

I LOVE how forgetful tends to be taken as a negative but dreamy is one of the synonyms and THAT can never be negative. So while I am forgetful today (because today’s word a day almost didn’t happen) I’m am also totally abstract and dreamy! And commuted. And dedicated! It is way to early in the year to slack now!

Now back to everything else I have to do today… 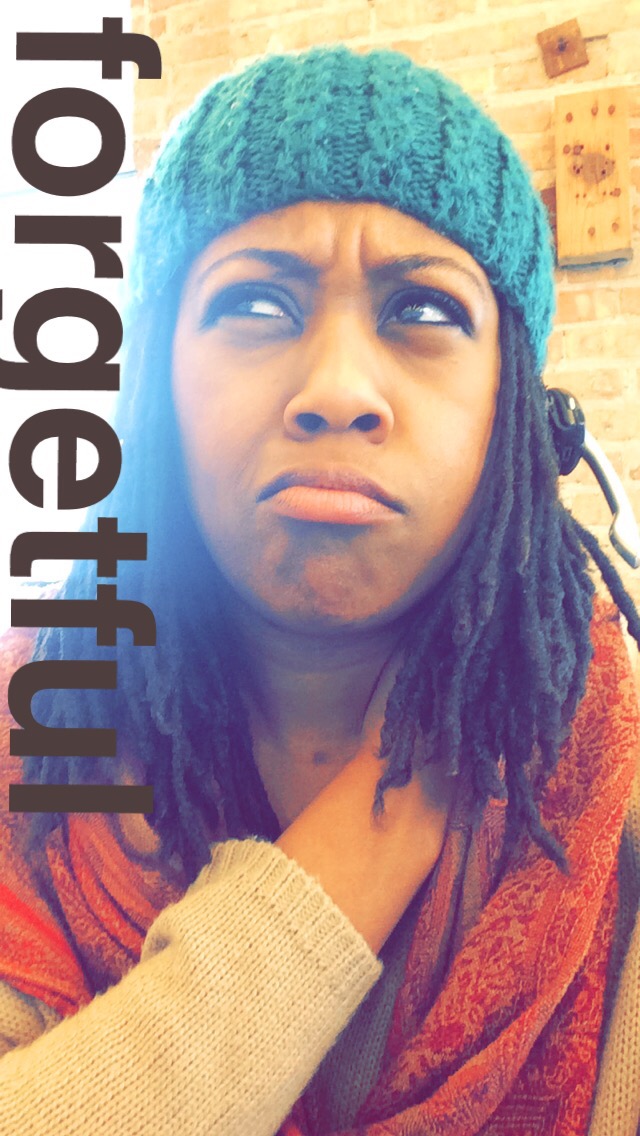 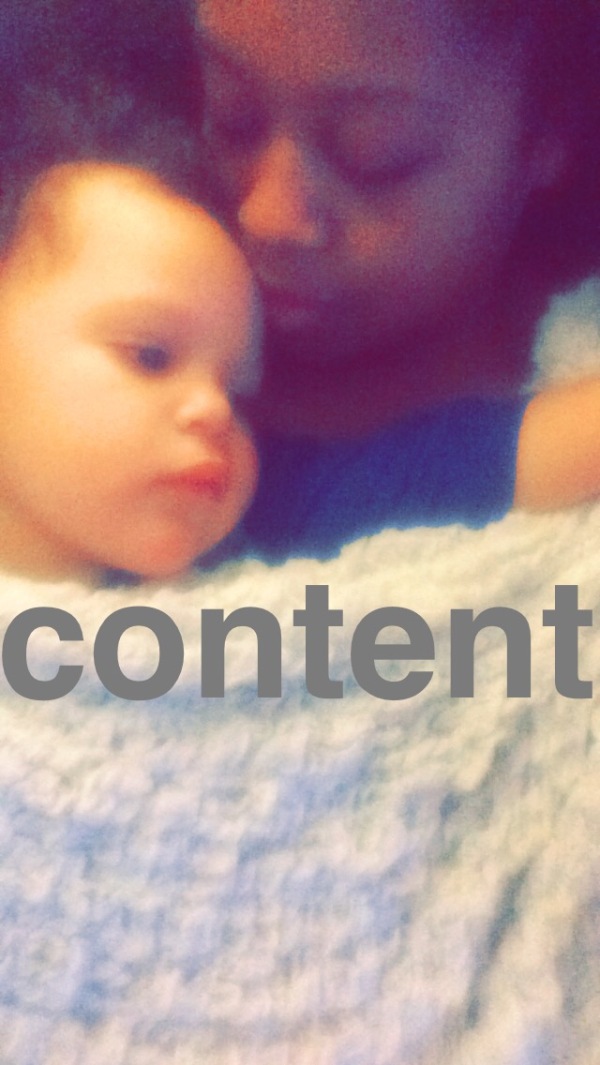 Do you ever get chills, close your eyes and smile and think, “It is well with my soul?” 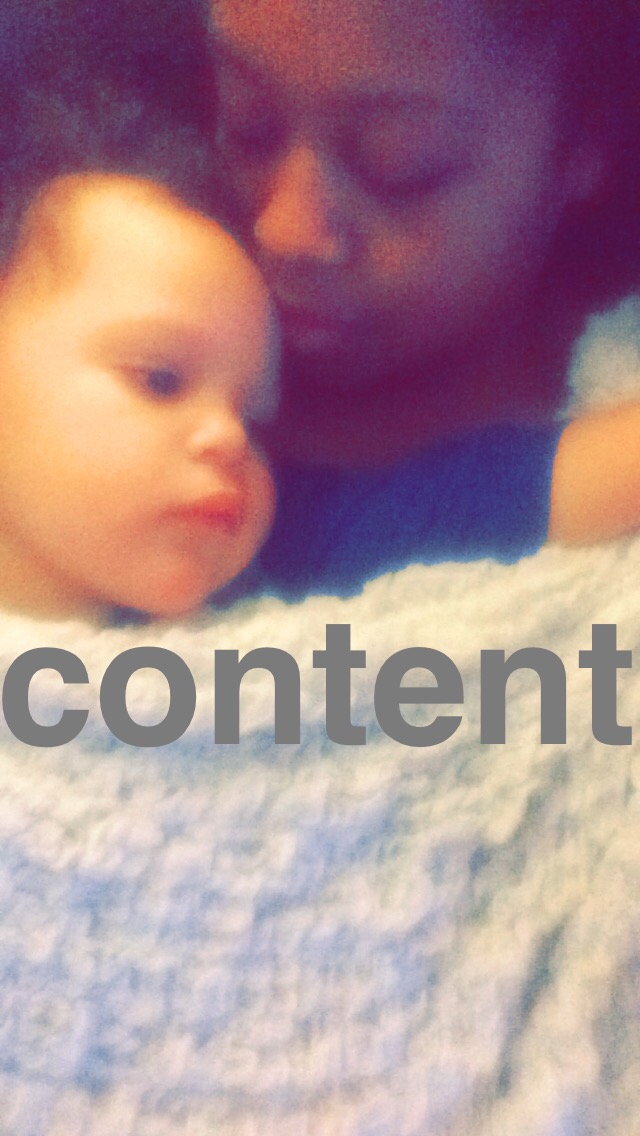 in a state of peaceful happiness. 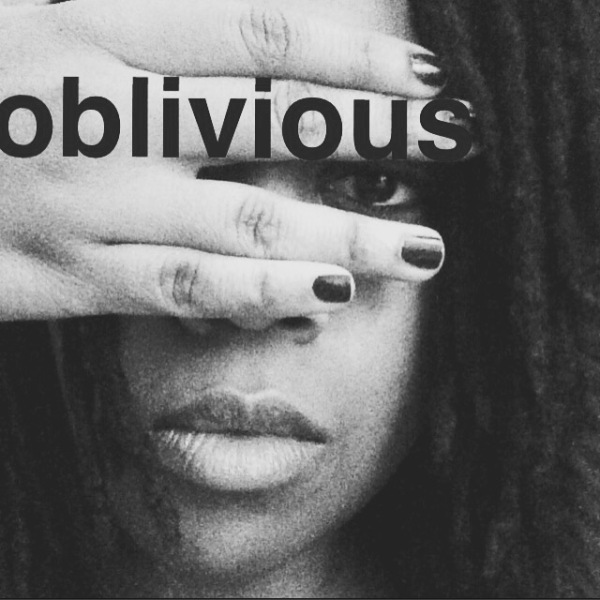 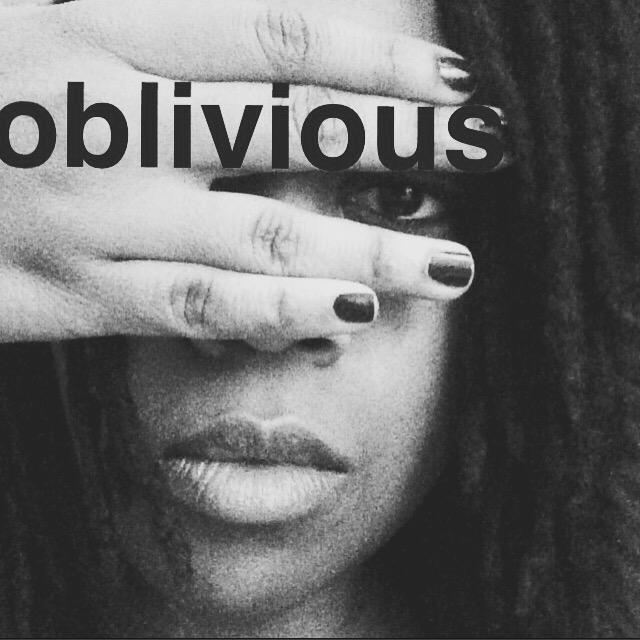 not aware of or not concerned about what is happening around one.

“she became absorbed, oblivious to the passage of time”

synonyms: unaware of, unconscious of, heedless of, unmindful of, insensible of/to, unheeding of, ignorant of, incognizant of, blind to, deaf to, unsuspecting of, unobservant of;

Oblivious. This is how I perceive many decision makers of the ethnic majority that hold leadership positions in large influential companies. It is a consistent pattern I have noticed over my three-plus decades on the planet. Certain issues are simply not on their radar, and often, the lie entirely beyond their realm of reality. For them, issues that affect those of us Of Color are nonexistent.  I could also generalize and include people at or below the poverty level and other “invisible” groups. The truth here is that all of us have a box of normalcy in which we reside and build blinders over time. And before we know it, we are completely ignorant to issues that are just out of reach of the edges of our Safe Zone.

And before we know it, we are completely ignorant to issues that are just out of reach of the edges of our Safe Zone.

Due to oblivious screenwriters, I passionately rejected TV shows like Friends, Seinfeld, Sex and The City, (and reluctantly slightly snubbed 90% of my beloved sci-fi/fantasy epic adventures) because not one of the main characters looked like me. I intensely avoided several apparel stores in the malls – which is hard to do as a teenager! – because people that looked like me or were shaped like me were never in their promotional images. These writing, editing, marketing and advertising teams were oblivious to what I needed to relate to for role models, life scenarios, entertainment, and fashion.

Even Hollywood leaders are sorely clueless. While much of Hollywood boasts forward-thinking inclusive agendas, when it comes down to actually taking notice of and rewarding our Brothers and Sisters Of Color, we still don’t seem to make the cut. They are oblivious to their inherent exclusion – unless a Person Of Color flawlessly portrays a character trapped in a nauseatingly negative image of blackness (i.e., abusers, slaves, servants – these roles are rewarded, glorified, honored).

While much of Hollywood boasts forward-thinking inclusive agendas, when it comes down to actually taking notice of and rewarding our Brothers and Sisters Of Color, we still don’t seem to make the cut.

A NYTimes article circulated on Facebook today, naming the recall of A Birthday Cake for George Washington (now of course a #1 Bestseller).

The book sounds cute enough. It sounds harmless enough. It even sounds like it might just be educational, too.

But when you’re a little brown kid reading a book about our first president’s slaves happily baking him the best cake ever, it is a subliminal suggestion that paints a sunny – jovial, even – façade over the disgrace and horror that was slavery.  Not only is it confusing because it implies slaves might have taken pleasure in being nonhuman objects of possession, but it also implies that everyone is still OK with that image today.

As an author, writer, illustrator, feverishly hoping to one day live on my book sales, I know the steps involved in this incredible process – from the twinkle of concept to hard copies on shelves.

What I find most disturbing about this whole thing is that not only is the book’s tone and feel a product the author is proud of as one of her creative babies (and honestly, congrats on having a concept, most people don’t even get that far) but through the hands of a DIVERSE team of beta readers, editors, illustrators, contributors and publishers, not one of them thought “hmmm this might be a bad idea…”

And yes, a diverse team let this happen. But according to NPR, this isn’t the first time a book depicting happy slaves made it this far, only to also be pulled; that one by a team of Ethnic Majority. Perhaps this second attempt was pushed to be produced by a more diverse team as if to get a “pass” with the public? If so, FAIL.

Did they really have no clue how this would affect readers? Were they that inconsiderate? Or did this one slip through the filter around their world of what is appropriate? Were they as oblivious as the college president that couldn’t acknowledge the mistreatment of his students until the issue cost him his job?

It takes exceptional leadership. And I mean truly extraordinary leadership – to be able to connect and empathize with their team, their partners, and ultimately, their audience to foresee issues that adversely affect those they are actually trying to serve.

The option to abort this project could have been enforced by several people at any point over the probable year-plus it took to bring this book to life. And not one of them spoke up.

So while I shake my head in disappointment at Scholastic leadership for letting this work slip through the net, I still applaud the company for responding to the public and accepting that the depiction of happy slaves is vibrantly destructive to the America of tomorrow.

People, take off the blinders.  You have to TRY to NOT be oblivious to the pain of others. Compassion and understanding take real effort.