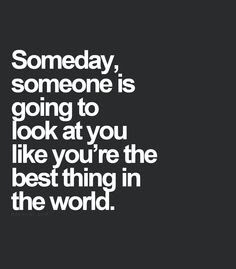 Yes, I finally heard from Sir Crickets… the one that left me high and dry after I confessed my readiness to take the next step.

Now in all truth, I didn’t confess like a normal adult. This is my first big step since my divorce and I turned into a Disney princes as soon as I realized we needed to DTR. I pulled away from him and said, “OMIGODILIKEYOUSOMUCHANDICANTDOTHISANYMOREWHATAREWEDOINGGGGGG?” and I literally ran away.

Quite literally. Had I been in glass slippers, I would have left one right in the middle of Chicago Ave.

And I haven’t seen him since.

I sent him an email and several texts the next day apologizing for acting like a teenager, and ultimately asked to just talk like normal people.

*Cue the weeks of silence.

I exposed my heart. I made myself emotionally vulnerable. And it backfired. I don’t do it often. And man does it sting when I do…

Here’s the deal with me. I keep most people on the superficial level. I’m fantastic with first impressions. I impress people. And then I sneak away alone at the end of the night. On purpose.

I’m very selective about who gets in. Into the real me. Mostly because I’ve been the token, I’ve been excluded, I’ve been rejected for a significant part of my life.

The majority of my relationship with my father was the recurring empty promise of him visiting for birthdays, concerts, recitals. Never showed.

In fourth grade I had a birthday party at a roller rink. I invited my class. I invited the third graders. And I invited the fifth graders. And I sat there for an hour on my birthday in an empty party room, waiting for everyone to show up. And no one did. Not one. I was in denial until I overheard the event planner tell my mom she could have a full refund. The woman walked over to me and gave me a pathetic poor puppy look and a balloon. I just stared at her.

From that moment, I maintained my outward bubbly personality. I kept face. But on the inside I gave a big EFFYOU to the world. I like being busy. I deliberately spread myself thin. I join as many groups as possible. That way, if there’s a party I don’t get invited to, I’m not hurt. Hey, it’s cool – I didn’t know them like that anyway.

I’m slow to trust. Very slow. But once you’re in, you’re in. And when I love, I love hard. You can’t make me not love you anymore. I’m a beast like that.

In fact, I think it’s incredibly curious that Urban Dictionary has me figured out so well…

Female, sexual appeal that may be difficult for her to embrace, leaving her with an awkward approach. Likes stability and feeling safe. Loyal and committed to the ones she loves. Passive aggressive. Loner at times. Tendency to be a hermit. Loves to be acknowledged. Curious about her purpose. Religious at heart, stubborn. Slow to trust but quick to love.

Octavia will stay with the one she loves even though she questions her choice and trust for him. She is the type to break up or stop a fight before it takes flight. Her insecurities may lead her to come across as awkward because she’s self-conscious

It actually is kinda creepy.

But I digress. Sir Crickets.

He says, “I had stopped considering you would be interested in something serious quite a while ago and my brain doesn’t really move backwards.”

So two months of a pattern that would suggest we were leaning towards something serious turns out to be a complete farce.

“I thought we were just having fun,” he said.

I was so confused, I actually had to write a poem about it. I normally don’t like poetry. Yet somehow, when I’m really aching, poetry just does it for me. Very cathartic. Check it out:

You said I was amazing.

You said I could have a key.

You said you wanted me for my errrrythang.

You said it was cute when we randomly matched.

You said I was the only one that orders steak properly.

You said your bed was too big without me.

You said we were kindred spirits.

You said we were the same person.

You said I made your heart grow two sizes bigger.

And when I said I’m ready…

So then, what is a relationship?

Now, for the rest of this story, I leave Sir Crickets alone. In all honesty, I’m not here to bash him. I’m not now and never have been mad at him. Not my style. I think he’s a marvelous person and would love to see him again some day.

But what, then, is a serious adult relationship?

A relationship is a thing.

This is also partially inspired by the sermon I heard at church Sunday: Whaddup Soul City Chicago!

The soil cannot sow its own seed. The seed must be carefully placed by a loving hand.

The seed is not the attraction, chemistry, passion, likes, dislikes, similarities, experiences, jokes, scars, memories—this is the soil. Two people that can’t keep their hands off each other and can’t stop giggling when in the same room: the soil.

But the seed…The seed is the deliberate decision to turn all those fantastic emotions into something strong, healthy and lasting. You can have good soil with hundreds of people. But that seed. That seed is special. It’s not a feeling. It’s not an emotion. It’s not sex. It’s not a child. It’s a decision.

When do relationships fail? When there is no decision. When two people are just kind of letting things happen. Or when someone stops cultivating it.

I know, I hate those DTR talks just as much as the next dude. But are we really just each other’s’ play things? Is that what all this is? Are we all just toys here for each other’s physical and emotional pleasure? Or is the physical pleasure one of the perks to searching out that one person you want to invest in? What makes someone worth the try?

For me, dating is like an audition. Or a sales call. Or a job interview. It’s not just about having directionless fun with a person over the course of several weeks or months just because you need someone to hook up with.

((To be honest, this is probably why some arranged marriages work; they decide to make them work.))

If you already know you’re not going to plant the seed, move on. Plenty of fish. I can get good soil anywhere. Mmmhmmm dat good dirt, baby.

And if I know I don’t want to make a decision with you, I’ll go find the next soil. Simple.

Now, back to Sir Crickets. Where did we fail? For me, I was slowly advancing him to the last interview, whereas I had lost the job a month or more beforehand and I never got the memo.
I got straight up played yall.

And The Good Pastor? Well, let’s just say we planted the seed…but as it grew, what I thought would be a pumpkin, turned out to be an apple. We were growing two different things. Talk about crushed expectations.

Before this horticultural metaphor gets too out of control, here’s, the moral of the story:

One thought on “so, what, then, is a serious relationship?” 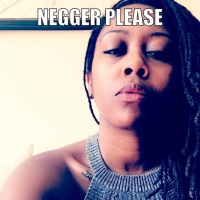 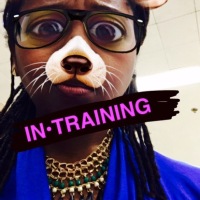 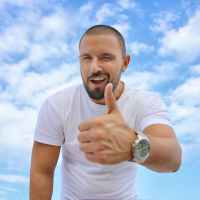 2014•2021
“Resilience as a concept often places too much onus on an individual’s perceived shortcomings to deal with the outside world. We attempt to help people “adapt better” to an unjust and cruel world rather than trying to improve the world and make it a place worth living”
🗣Did you know just because you know each other and you have fun together and you respect each other, you don’t have to be *friends*?
I’m hosting a Galentine’s Day vision board party tonight at 8:30 central on zoom!
Single and frustrated during quarantine? Join Octavia Reese from Road to Relovery and Tea Sefer from Breathe with Tea TOMORROW NIGHT (6pm-8:30pm CST) for a heartful discussion and interactive workshop on crafting your own self-care strategies while looking for love when you're not supposed to touch. Get tickets for $15 at bit.ly/cupiditis
I played this Facebook game a few days ago and while I laughed at first, it slowly started to bother me.